My people, how una dey? I hope everything is going well. This past week I got very sad news that the Nigerian Airforce had ordered a drone-strike on its own people. They said they thought it was Boko Haram terrorists, but that is simply unacceptable. Two days after, President Buhari left the country on a two week annual vacation. Who does that? I am so mad, but I am having fun on my trip. I decided to do a week by week  breakdown of how Kenya has been.

Once we got into Nanyuki, we went to a supermarket called Nakumat. (read about my adventure here!) Afterwards, we headed to Daraja Academy. Daraja is our home for the next two and a half weeks. It is a secondary school for girls with a strong focus on female empowerment and the girl-child education. We had lunch consisting of beans, corn and cabbage. It was fingerlicking good! (hahaha!) We were partnered with some of the girls. Some prefects, scouts, and others from all the classes. My partner Maureen took me on a tour round the school. I saw the pillars around the school and other places that held significance for her. Our professor had sent into our pictures and bios to the school. In mine, I had put that I was Nigerian, and she mentioned it. She said that she had been looking forward to meeting the Nigerian in the group, and that made me excited and less scared. We had dinner together, and she introduced me to the rest of her family. (They are other students but they live in a familial community with each other. They eat together, and mentor each other) We had our debrief at night and we retired to our bandas. I was so smelly and tired at the end of it , so a shower and rest were well deserved.

We woke up at 6:30, so as to be ready for breakfast at 7:30. (this became our daily routine) For breakfast, we have these soft rolls that remind me of agege bread but better. I shadowed the girls for two of their classes: Chemistry and Kiswahili. It was fun to remember secondary school Chemistry. We went to our NGO-Simama Project. There we met Miss Regina, who is a social worker. She walked us through some of the children’s history and the work that Simama does. She also gave us ideas for what we would be working according to their needs. We also went to visit the children at the Simama house and learnt a little about the water crisis that Kenya is currently undergoing.(click here for my friend’s opinion on it) I took a nap once we got home. In the afternoon, we were partnered with the girls whom we would be working with on writing an article for the media club.

We went to Simama, and work started in earnest. We were digitizing the children’s files and my ass and back hurt so bad. I have a new-found respect for people who work in an office. It’s not easy o. Our chores officially started today. My team was assigned to recycling magic. This is a project Daraja is working on. They are using old plastic bottles to make a roof for the walkway, by passing wires through them. That is really cool. I took a nap, as time difference was catching up with me. I attended the girls’s revival service and it was litt! They had a dance to every song and those girls are steppers. During our nightly debrief, we expressed feelings of being overwhelmed and a few of us shed some tears. Its really hard traveling for three days, battling jetlag, working with NGOs and still having to do homework for class. Our professor was very understanding and made changes where possible. 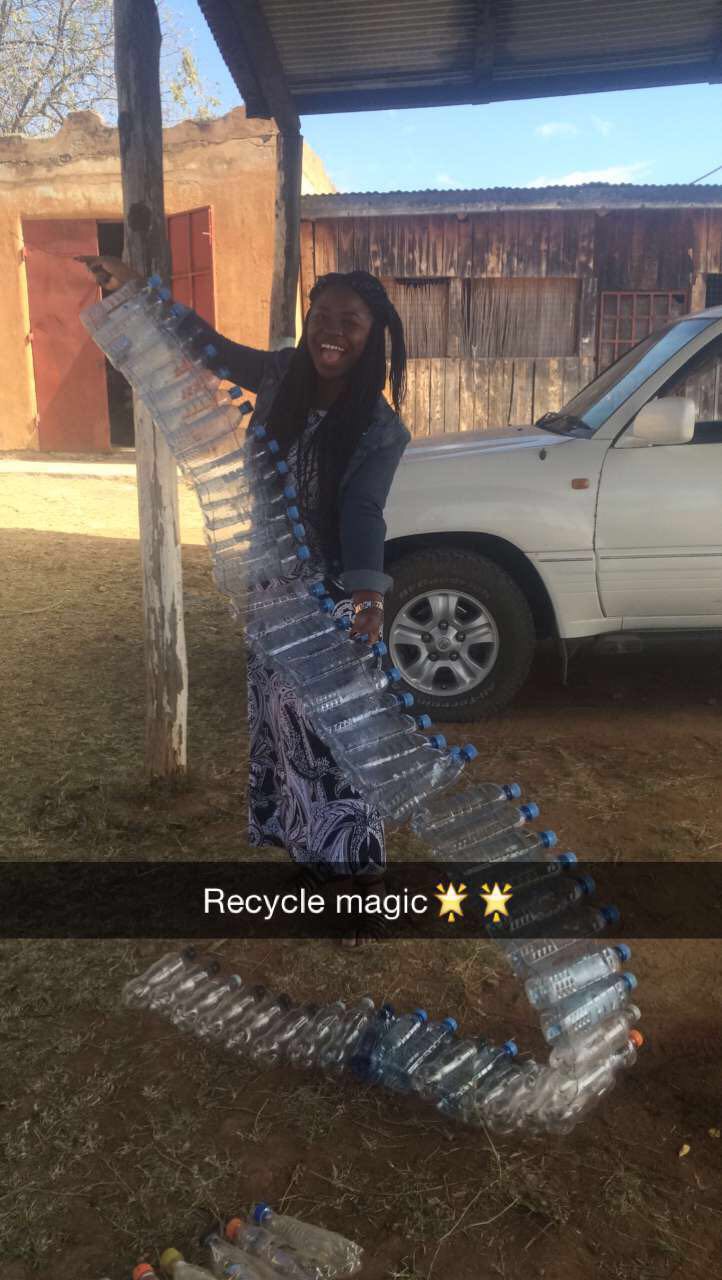 It was pretty uneventful. We went to work. During our break, we went shopping at Nakumat. While there, my team member got some questions about Trump being America’s president. It was hilarious. We had dinner at Tandala Campsite which is very close to Daraja. We had our NGO partners meet us there with administrators from Daraja, and it was fun to see them in an out of work setting. We were served dinner and I left full. When we got back, I worked on the article with my mentee. Midway, she became very vulnerable with me and shared aspects of her life that I felt had been weighing her down. I was grateful that she trusted me enough to share, but I was distraught because all I could do was listen and comfort her. 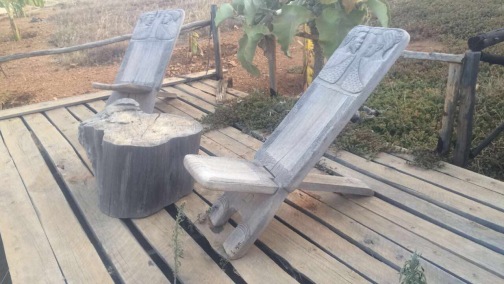 We went to our NGOs, but I didn’t have a lot to do. My other team members are working on brochures but I just have to review one document. I listen to music, and the work goes by fast. I found this eatery down the hall from the office, where I ordered chapati, fish and fries. Chapati (aka chapo in slang) is amazing. It is an Indian flatbread that has been adopted by Kenyans. The fish was good, but everything else was fine. When we got back, my roommate and I found out that we had wifi in our rooms but only on our computers. That made my day/week!

See you for the part two which encompasses my weekend!

Lamentations 3:22-24-“Because of the Lord’s great love we are not consumed, for his compassions never fail. They are new every morning; great is your faithfulness. I say to myself, ‘“The Lord is my portion; therefore I will wait for him’”